The SAS in 1942 and now in Afghanistan 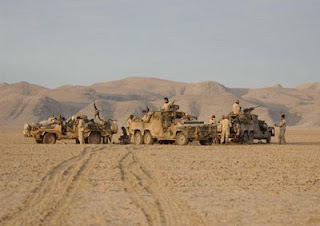 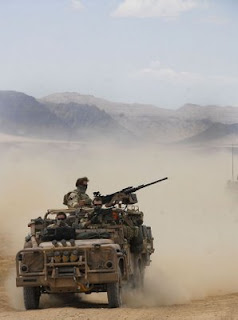 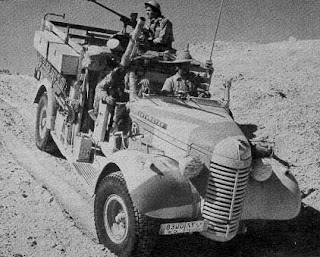 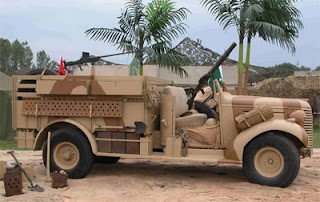 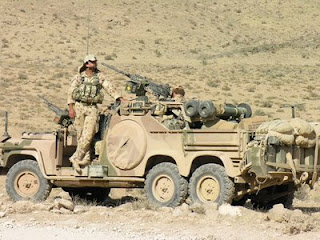 I’ve been reading an account based on an interesting memoir, of Chapman, a guy who was in the pioneering 1942 unit that went deep behind German lines in North Africa, 1942 onwards. They were in jeeps, mounted with big machine-guns, with enough fuel, food and water to last a month…
They destroyed German aircraft in airfields, and at one stage attempted to assassinate Rommel (aka the “Desert Fox”), the great and Noble German general who was responsible for so much if the German success. It was unsuccessful, and Rommel later was convicted as one of the plotters who attempted to kill Hitler with a suitcase bomb.

These small raiding units were the first “SAS” units, which are now so well know in anti-terrorism and “deep reconnaissance” missions. The Australian SAS was specifically mentioned by G.W. Bush after the initial stages of the 2001 Afghan campaign as being “the best special forces in the world” . They had a large area in which they patrolled and had significant successes for such a small number of men.

www.theage.com.au/world/aussies-capture-taliban-leader-20080810-3t29.html
Back in 1942, The German command said that these small raiding jeeps had a major disruptive effect on the German battle plans.
The same can be said now, as regards the Taliban.
It’s funny how similar the jeeps are – then and now, and how similar the tactics are as well. The enemy, however, is quite different – in North Africa in 1942, both sides treated the wounded of the other side, took prisoners and had a good esteem of each other etc. But the Taliban shoot their prisoners (if they are lucky).

There are also some interesting philosophical thoughts in the book, and analysis of what gave the British the edge over the far better equipped and more battle-hardened Germans.

Some extracts from the book:

To stand on a razor-back ridge with a plume of sand blowing off it sideways, squinting into eternity at the ranks of endless, rolling combers, each coloured a different shade of pastel (…) must be like what George Leigh Mallory felt at the summit of Everest if he ever got there.

(…)
You understand why holy men seek out desert places. The great dunes seem to collect and concentrate some immense cosmic energy and focus it on to the boulevard down which you glide (with your vehicle) it mesmerises you.

‘Now take Mr Chapman here, content as a clam he is, out in the tall sand ain’t you sir, away from all the bumf back in the regular army – fatigues and drills, parades every time you turn around and always some lofty bugger jumping down your neck ‘cause you’ve got the wrong button or the seams of your drill shorts don’t match. I was with Second New Zealand Operation Battleaxe before I got away to here, thank heaven. The desert was like Piccadilly at rush hour – lorries and guns, tanks and carriers. Not out here ! This is the life ! ‘ Punch gestures to the endless dunes and sky. ‘No officers – or only decent ones who know the score.’

P144
One of the characters is Stein, a British homosexual Jew, who enrols in the army and ends up being a good leader of men.

Stein has a theory on inner evolution. A man matures, he believes, from archetype to archetype: From Son to Wanderer to Warrior to and from there, if he’s lucky, to Lover, Husband, Father; King, Sage and Mystic.

(Jules: I couldn't agree more- Archetype theory should be taught at school. I guess I’m at the wanderer/warrior stage, with some of the other stages thrown in.)

Talking to Chapman, who is in the armoured corps (and the author of the memoirs we are reading) , Stein says:
You’re “in armor” now aren't you ? And he laughs. What could come next but Ascetic, Anchorite, Renunciant ? Stein predicts I’ll be drawn to the inner desert, another metaphor. Now, I think, here I am.
Is there anything to this stuff ? is the soul really governed by such inner architecture, and if so, to what end ?

P23
Comment of a German captured by a LRDG patrol:

We Germans could never pull of this trick as you do, wandering about on your own, miles from anywhere. We lack the individual initiative. We prefer to run in a pack.

What appeared as unendurable hardship to soldiers of other nationalities produced a species of exhilaration in our lads, raised on a diet of Kipling and institutional porridge.
At Winchester when I was 13, (…) in winter, water froze in our drinking pitchers. (..) we read in Greek Xenophon's March of the Ten thousand, and in Latin Livy's History of Rome, not to mention all of Chaucer, Milton and Shakespeare, the main of Coleridge, Hardy, Tennyson, Dickens and Conrad, while participating in all weathers in football, rugby, cricket, rowing, riding and track and field, as well as attending religious services 5 times a week.
Many boys saw their parents at holidays only, some not even then. They raised each other like feral beasts with all the outrages and excesses that such an upbringing implies. For most, it worked.
(...) the system produced the kind of individual who frequently displayed boredom or feckless complacency in times of prosperity, but shone in times of trial.

Yikes ! when I think of how today's schoolchildren are wrapped in cotton wool, taught almost nothing of any practical use and then released into the workforce at an advanced age like lambs to the slaughter....

The reading list above is awesome - if only a fraction of that was taught to kids these days, we might have more a more confident and self-directed public , and less easily led by the media or politicians, the latest greenie fad, more capable of critical thought and historical comparison.

Kids are constantly underestimated, overprotected from hard physical work and under-educated, in my opinion. Gil, the Quebecois guy I climbed with, met "Zebulon", or "Zeb" in Thailand. A guy on whom I read an article in the 1980s - a photo essay which showed him at 12, climbing "the nose" - a hard slab climb of 900m in Yosemite National Park, with his father. his father had started him climbing at 8...

that is LRDG, not SAS