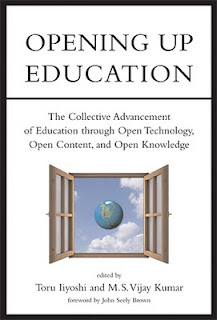 I've been reading criticisms of secondary schools as they stand on the net, some by ex-teachers of the year, such as John Taylor Gatto. One comment that struck me as true is that the adult institution that schools today most ressemble is a Prison... peer pressure or violence, wardens, bells and timings..


Education today teaches people to work for grades and fit in a system rather than really learn or learn to use their initiative. With a smattering of learning and few useful skills. Education as a whole, needs a total rethink... I chased grades, but I now realise they mean little in the real world. (although a degree/ diploma etc is certainly useful and sometimes essential to open doors, once the door is open however, you need to be able to apply your passion and real knowledge... and no one will ask you what grades you got.)
What gets you ahead is your ability to follow your passion and do self-directed learning (which can include formal learning) and your ability to self-discipline (not so much your ability to fit in to a system, company or organization - which is to say, please others... that can only last for so long before one looses steam, as the motivation is not from within).

Also, an ability to work with others in a team, with egos and some friction, an ability to use your initiative. You could teach all this to teens via, say, a 4 week transatlantic voyage with other teens on a large sailing boat. Along with navigation skills, math, physics (of sailing), astronomy, history of navigation, self-confidence in dangerous situations (bad weather), physical courage and endurance despite tiredness, the ability to do small repairs, to sew, to cook food, first aid...

Why are we still stuck with secondary ed more suitable to producing clerks and assembly-line drones in this fast-changing internet age ? I would ask teachers not to fear change, but to facilitate the entry of a more flexible and useful education.

Some have said that modern secondary ed was designed 100 years or so ago in the USA by Dewey, together with Ford and other big Corporate interests to produce fixed Classes... to condition people to keep in "their place" and sort them and condition them to be docile Worker Drones/ or Elitist aristocrats who can tell the rest of us how to live (Brave New World....). I'm not a conspiracy theorist, but this is clearly part of the unconscious drive behind a lot of secondary ed. It's based on an entirely limitative and innacurate view of human nature - it denies the real life examples of people transforming themselves, teaching themselves or learning on the job,  of high school droputs like Bill Gates Or Steve Wozniak (Apple computers) inventing whole new technologies and becoming very successful. And of people with degrees who have become incapable of any creative thought, and merely parrot what they have been taught.


Genuine reform is possible but it shouldn't cost anything. We need to rethink the fundamental premises of schooling and decide what it is we want all children to learn and why. For 140 years this nation has tried to impose objectives downward from the lofty command center made up of "experts", a central elite of social engineers. It hasn't worked. It won't work. And it is a gross betrayal of the democratic promise that once made this nation a noble experiment. The Russian attempt to create Plato's republic in Eastern Europe has exploded before [our] eyes, our own attempt to impose the same sort of central orthodoxy using the schools as an instrument is also coming apart at the seams, albeit more slowly and painfully. It doesn't work because its fundamental premises are mechanical, anti-human, and hostile to family life. Lives can be controlled by machine education but they will always fight back with weapons of social pathology - drugs, violence, self-destruction, indifference, and the symptoms I see in the children I teach.


Right now we are taking all the time from our children that they need to develop self-knowledge. That has to stop. We have to invent school experiences that give a lot of that time back, we need to trust children from a very early age with independent study, perhaps arranged in school but which takes place away from the institutional setting. We need to invent curriculum where each kid has a chance to develop private uniqueness and self-reliance.

A short time ago I took seventy dollars and sent a twelve-year-old girl from my class with her non-English speaking mother on a bus down the New Jersey coast to take the police chief of Sea Bright to lunch and apologize for polluting [his] beach with a discarded Gatorade bottle. In exchange for this public apology I had arranged with the police chief for the girl to have a one-day apprenticeship in a small town police procedures. A few days later, two more of my twelve-year-old kids traveled alone to West First Street from Harlem where they began an apprenticeship with a newspaper editor, next week three of my kids will find themselves in the middle of the Jersey swamps at 6 A.M., studying the mind of a trucking company president as he dispatches 18-wheelers to Dallas, Chicago, and Los Angeles.

Having seen the work of the elitists in the UK, which is a social basket case, I can truly say the "Elite" coming out of Unis today are Arrogant, Clueless and Suicidal. So the outcome is not good.
A film like "good will Hunting" exposes the fallacy of credentialism, and the fact that people can move up and down between intellectual and income levels, depending on how they choose to live, self-educate and work and save.

from the "One cosmos" blog:

When liberal (US democrats) pundits accuse tea party protesters of longing for the good old days, it is in fact the pundits themselves who in true reactionary fashion long for the "good old days," specifically, "when the common people kept their heads down and listened to their betters. "

Well the common people are starting to wake up......

The social welfare cesspit, apartheid multiculturalism, and the castration of the Police force  that created the London riots, the bankruptcy of socialist Greece and near bankruptcy of most social-democrat European states (and now the US , thanks to Obama borrowing and spending like a drunken sailor).
All this has  has made it clear to me that the Effete Elite (some of whom have never help run a business)  who think they can social engineer a nation away from traditional family models, and replace it with a nanny welfare state that caters for all our needs and is supposed to produce a paradise on earth, are Clueless and creating nothing but a train wreck to bankruptcy, family breakdown, chaos and barbarity, Mad Max style..