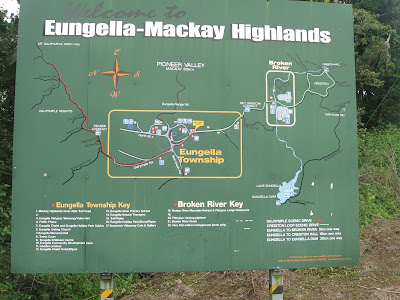 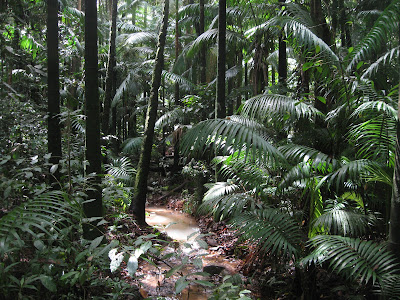 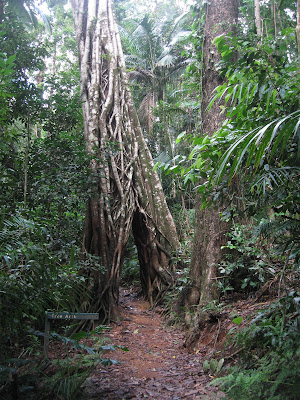 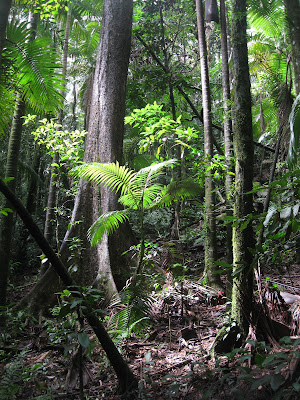 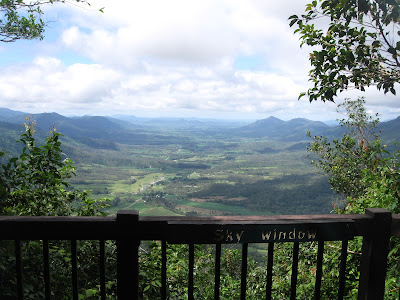 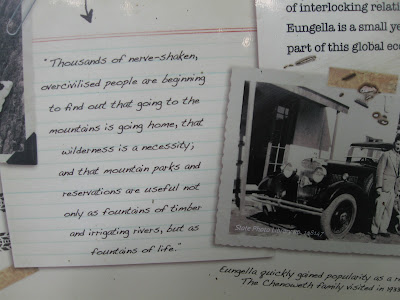 A steep windy road above Finch Hatton to get here. Very nice rainforest walks and creeks. Some Nat park campsites. The text above is a quote from famous naturalist John Muir who visited the area. Very true. I must say that the puritans at the Qld EPA don't encourage Tent camping by prohibiting fires... a fire when outdoors, especially after a days walk is natural and the one little bit of comfort people can have. I have to wonder how often the EPA bureaucrats actually camp in the wild.

NSW which is drier, allows campfires for tent campers in the wild, and so should QLD. Another example of how Universities melt people's brains and turn them into conformist drones for the Party and the Cominterm 5 year plan. .

A few quotes from John Muir:

Keep close to Nature's heart... and break clear away, once in awhile, and climb a mountain or spend a week in the woods. Wash your spirit clean.

John Muir (21 April 1838 – 24 December 1914[1]) was a Scottish-born American naturalist, author, and early advocate of preservation of wilderness in the United States. His letters, essays, and books telling of his adventures in nature, especially in the Sierra Nevada mountains of California, have been read by millions. His activism helped to preserve the Yosemite Valley, Sequoia National Park and other wilderness areas. The Sierra Club, which he founded, is now one of the most important conservation organizations in the United States. One of the most well-known hiking trails in the U.S., the 211-mile (340 km) John Muir Trail, was named in his honor.[ 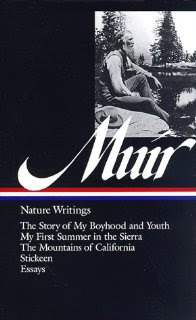 In 1903, President Theodore Roosevelt accompanied Muir on a visit to Yosemite. Muir joined Roosevelt in Oakland, California, for the train trip to Raymond. The presidential entourage then traveled by stagecoach into the park. While traveling to the park, Muir told the president about state mismanagement of the valley and rampant exploitation of the valley's resources. Even before they entered the park, he was able to convince Roosevelt that the best way to protect the valley was through federal control and management.
After entering the park and seeing the magnificent splendor of the valley, the president asked Muir to show him the real Yosemite. Muir and Roosevelt set off largely by themselves and camped in the back country. The duo talked late into the night, slept in the brisk open air of Glacier Point, and were dusted by a fresh snowfall in the morning. It was a night Roosevelt never forgot.[31]

During his career as writer and while living in the mountains, Muir continued to experience the "presence of the divine in nature," writes Holmes[7]:5 From Travels in Alaska: "Every particle of rock or water or air has God by its side leading it the way it should go; The clearest way into the Universe is through a forest wilderness; In God's wildness is the hope of the world."
Posted by Jules at 5:47 AM