Brain Surgery... To remove a Cancer.

After my 6 monthly CAT scan (after 3 small melanoma tumors removed in chin and leg in December 2019). I got a phone call saying The CAT scan showed I probably had a brain tumor...

I was rapidly sent to get an MRI,  and then 6 days later got surgery from Kate Drummond, one of Australia's top brain surgeons.

I also got a Tarot reading... which was quite optimistic , and also saw the current situation (card of tower collapsing) .. .

It was all pretty full-on, but being used to death in Chamonix Mountaineering always helps... also my knowledge of Life after death, from reading many NDE (Near Death experience) books and speaking to several random people who had them.

And reading David Bohm at 18 years old and many other top level physicists who see clearly that Quantum physics points to a very complex universe, with many dimensions,  and an "alice in wonderland" reality that one can get glimpses of with deep meditation, or Psychelic drugs (DMT, magic mushrooms etc).  Hence ... "Death is not the end"... its a mere transition to our true self, our true home... as many NDE experiencers have seen (Near Death Experience).

The last guy I spoke to re NDEs was in the bed next to me on Dec 31... he was a part time musician,  and had an out of body experience when in traffic and he had an Panic attack.  He saw his subconscious telling his conscious self to calm down, then spoke to a spirit , and came back to his body with zero anxiety, and never had panic attacks again, like he used to have.

I've spoken to several others, and also read compediums of NDEs from doctors working in Reanimation in Emergency care.  Also remember talking to Nurses in Adelaide who were told NDE stories by patients who had flatlined.

This time, I was again Hospitalized afer the surgery for 2 days at The Royal Melbourne Hospital. Good food (and a menu to choose from) and cheerful, switched on Nurses and doctors ... with the exception of my sore inflammed jaw, which was Determined as not being cancer after a scan, but they gave me no antibiotics, despite strong pain (only opoids for sleep) .
This made me use my initiative and go to a GP in south Melbourne to get antibiotics... which helped. As well as cold water therapy (immersion in very cold water in lakes and ocean). Shows Hospitals are not always very holistic... 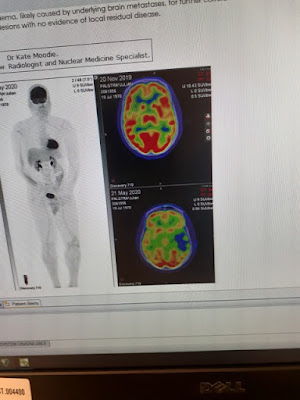 CAT scan top is November, Bottom is May 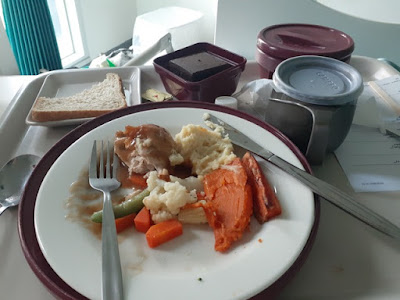 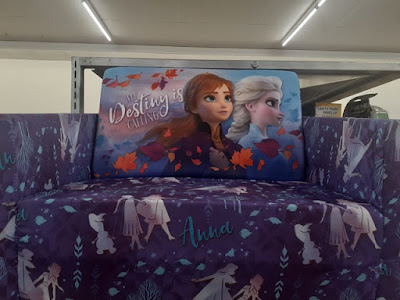 "Destiny is calling",  from the Cartoon "Frozen" 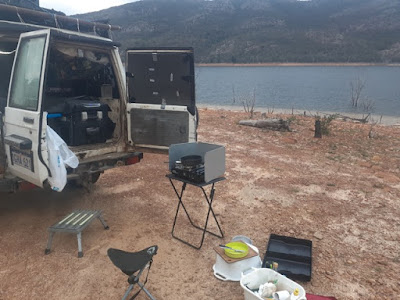 Chilling out before the op. For a few days at a Lake near Halls gap. With cold water therapy to clear the mind and give vitality. After the op, observation room. 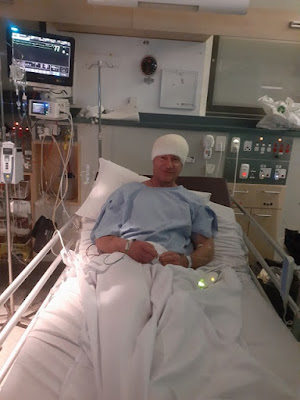 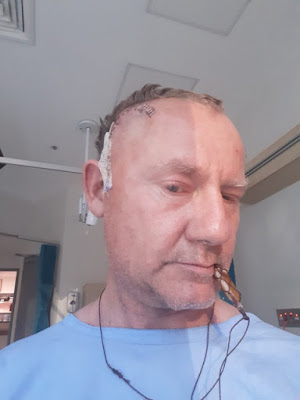 The scar with staples. In my mouth, a stone I was given by a housemate. Said to help "ground" you.
Very much appreciated. 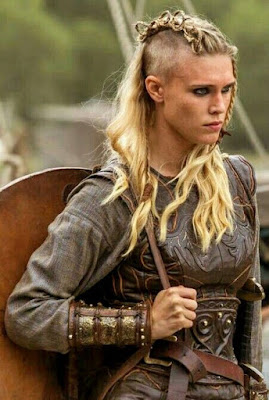 I watched the amazing series "vikings" , for months.
It would not surprise me if in one of my past lives , I was a viking warrior. Either male or female... as we incarnate as one or the other. Funny how her hairstyle is similar to my scar...

My Brain surgeon on the left...apparently I said to her after the op (while half drugged)... "you are a Viking lady"... (she liked it). 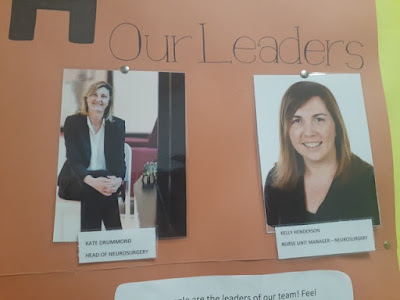 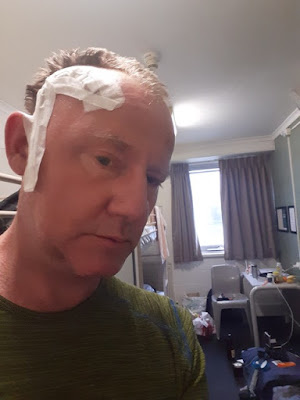 Below : The Amazing Roof Garden of Peter Mac Cancer Clinic 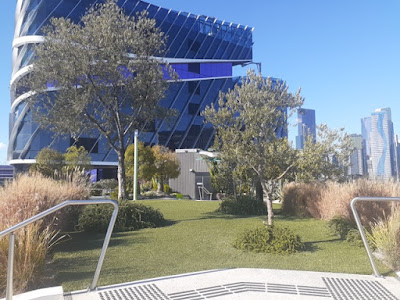 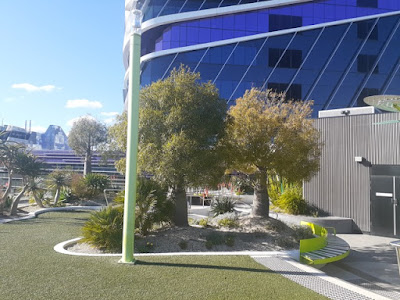 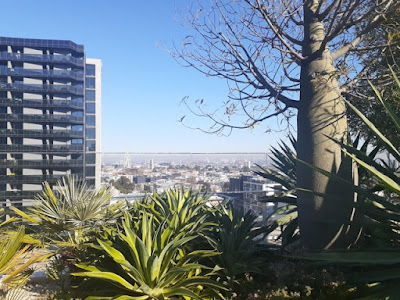 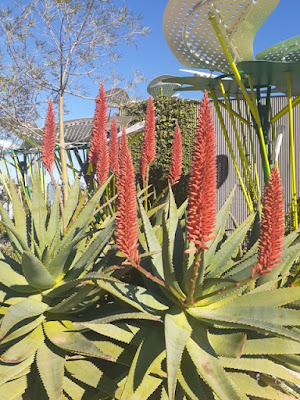 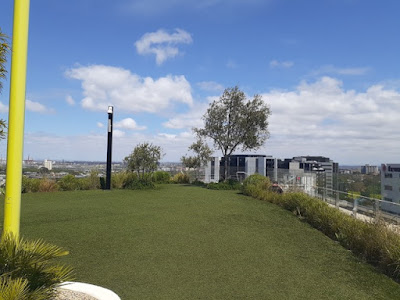 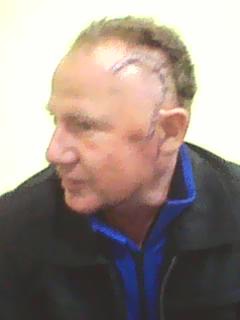 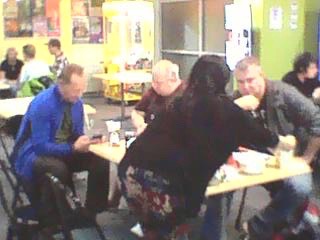 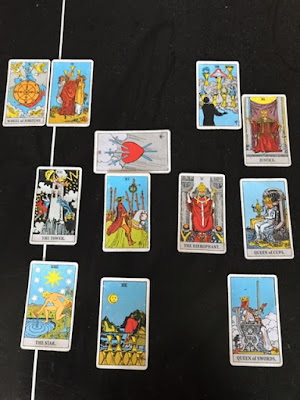 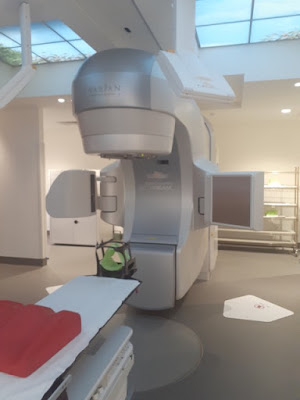 What a profound experience you’ve been through, Jules. Incredibly challenging and confronting. I am so glad you have access to the world class doctors and hospitals of Melbourne. Your calm philosophy is a lesson to us all. You will get through this and look back at it as a temporary glitch in your journey. X